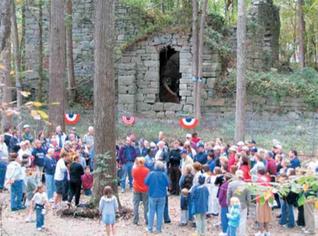 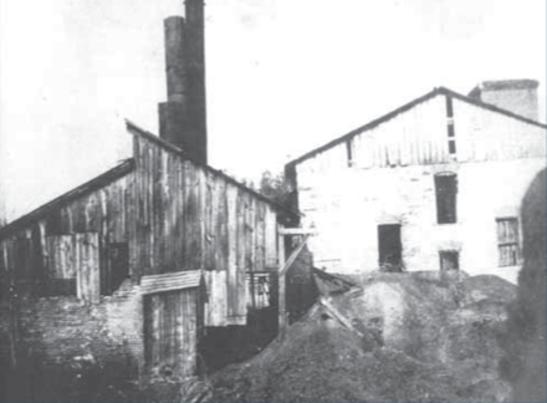 Near the Grove Shaft, 54 free blacks, slaves and six white males at the Mid- Lothian Coal Mining Company started the Mid-Lothian African Church on February 8, 1846. Assisted by the company the 60-member congregation built a log meetinghouse at the pits. Many slaves were rented yearly by the company. The Reverend Jordan Martin, pastor of nearby Tomahawk Baptist Church, became their first pastor. The Mid-Lothian Coal Mining Company contributed one percent of the money received from the sale of hard coal toward the expenses of the church. Later, the congregation moved to its Winterfield tract and today is the thriving First Baptist Church of Midlothian.

The Grove Shaft Ruins
A final effort in the 1920s by the Murphy Coal Corporation to pump out and reopen the Grove Shaft proved unprofitable and led to its close. The stone structure, once the company’s main building, housed workings such as ventilating fans, steam boilers, pumps and hoisting equipment. Today the two-story granite ruins of the Grove Shaft stand as the sole architectural remnant of a once dominating local enterprise connected to coal mining in the Richmond Coal Basin. They serve as a reminder of the Mid-Lothian Coal Mining Company and of other area collieries that once supported a flourishing local industry, North America’s first commercial coal mining venture.